Monday, April 18, 2022 09:03 AM — Over the years, sea level rise has become a topic that has been making more and more headlines in the news. Here’s a hypothetical scenario: sea levels are falling, not rising, what’s going on?

Of course, climate change is to be expected. Leaving that aside, the receding waters would allow us to discover the hidden remnants of the St. Lawrence River.

As soon as the process began, new islands formed from several shallows, places where navigation is almost impossible due to lack of depth. For example, a new plot of land will be visible very close to Tadoussac. The famous Prince Shoal lighthouse, also known as spinning top will sit on this new island. 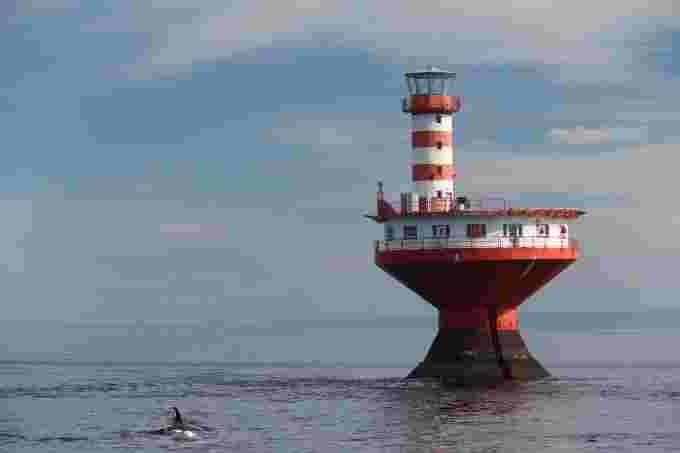 Prince Shoal Lighthouse, seven kilometers from the coast of Tadoussac.

With a retreat of two meters, several already known islands, such as Ile Verte in Baix-Saint-Laurent and the Sorel Islands, will be larger. This scenario would make them even more accessible, as they don’t require a boat to visit. Speaking of boats, navigation between Montreal and Lac Saint-Pierre will be difficult. The depth of this section of the river varies from less than 2 to 20 meters.

Now let’s remove five meters of water from our national river. There, the scenery of the St. Lawrence Valley and the middle estuary would have been very different from what we know today. Indeed, it was possible to walk from Montmagny to Ile-aux-Gru. There the depth of the river is only five meters. The same scenario awaits the shores of the coastal towns of Ba-Saint-Laurent, especially between Saint-Jean-Porte-Joly and the Rivière-Huel, where the shore is on a false plain descending several meters. As for Orleans, we still need its bridge to get to it, even if it is already increasing in area.

However, in the eastern part of the province, with such a significant water shortage, it will be increasingly difficult to observe some marine mammals, such as minke whales. Then they will have to swim farther from the coast, into deeper waters. 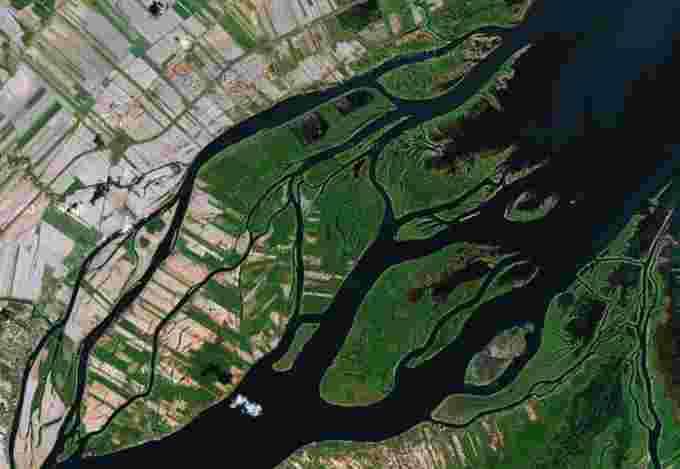 Lake Saint-Pierre and its archipelago. Some of these islands will be accessible by land.

The largest observed change with a 5-meter water retreat occurs at the level of Lake St. Pierre. It is so shallow that it has taken several dredging over the years to make it easier for boats to pass through. If a dredged channel today reaches a depth of 15 meters, you will need to dive a maximum of 4 meters to get to the bottom. That is why we can talk about the drying up of Lake St. Pierre in this hypothetical scenario.

The water continues to recede, we have already lost 10 meters! No more need for Jacques-Cartier and Champlain bridges. Want to have fun in the Parc Jean-Drapeau? To go for a walk. Do you want to fly from Verdun to Brossard? Why not go there by bike? Indeed, the depth of the river between Montreal and the south bank averages ten meters. 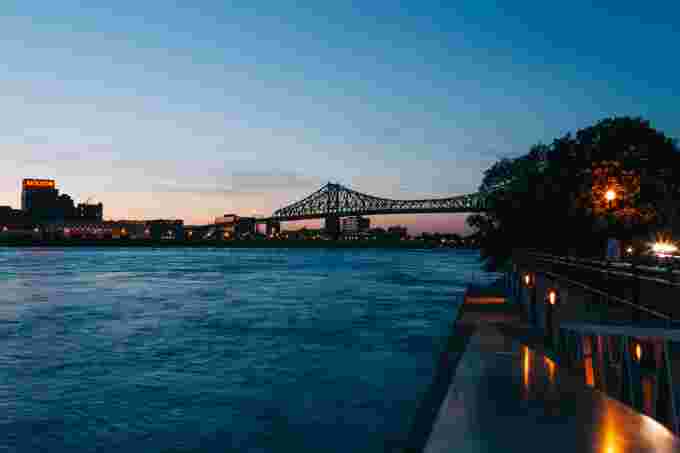 In general, the St. Lawrence River would look very sad if it lost so many of its waters: its channel would have narrowed significantly. On the other hand, coastal cities will gain territory, especially those further west. Only a few puddles will still be visible between Montreal and Trois-Rivières, and it will be possible to cross from one bank to another or simply walk along the remains of the symbolic river. From Quebec to the east, if the south coast is gentle, then the north coast is steeper. For example, the Baie Saint-Paul sector will not change much, where the seabed quickly sinks to more than 45 meters.

Also, most of Quebec’s rivers would be a thing of the past, typically three to ten meters deep.

If the water level continues to recede, the river will slowly dry up and virtually disappear between Montreal and Quebec. However, from the mouth to the bay, the depth reaches more than 400 meters. This way it will hold a good amount of water. Unfortunately for us, the river’s deepest secrets are hard to bring to the surface: shipwrecks. More than a dozen boats ran aground there. Some of them are very close to the surface, while others have sunk to a depth of more than 240 meters. Less than 30 meters away are the ships Germanicus, Scotsman and Brier Mist, all victims of the vagaries of the weather. You can also discover the most impressive artificial reef in Quebec, near Sainte-Luce. 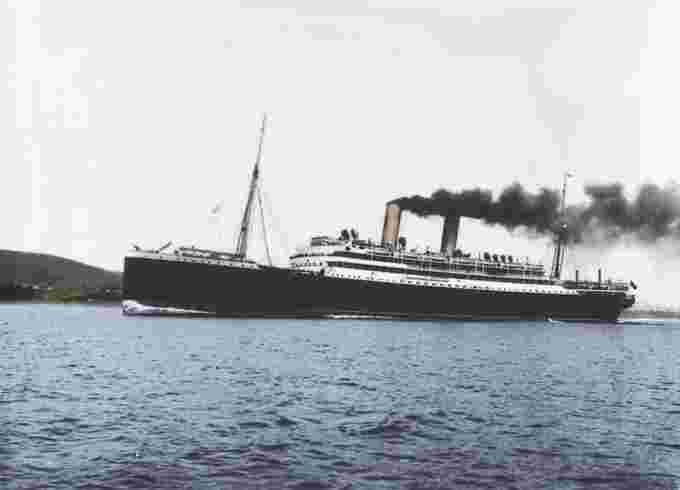 The imposing Empress of Ireland floats down the St. Lawrence River.

However, to find the jackpot, the water must recede 45 meters and reveal the remains of the famous Empress of Ireland, this cruise ship from the same family as the Titanic. Its sinking is one of the most important maritime disasters of the province and country, and of the early 20th century. This event claimed the lives of more than 1,000 people.

In short, this is all just a hypothetical scenario, and it would be extremely surprising to see similar situations in our lives. And long before the discovery of the wreck of the St. Lawrence, the lack of water on Earth will already cause many other consequences.

YOU MAY ALSO LIKE: What if the Earth turned upside down…