A museum worker walks past a specimen of a dinosaur skeleton being prepared for an exhibition in Chiba, Japan on July 13, 2017.

Scientists have discovered in Tanis, North Dakota, a dinosaur fossil that died on the day of the asteroid impact that caused the extinction of the dinosaurs.

Atlantico: Scientists have discovered a large number of dinosaur fossils in remarkable condition at the Tanis site in North Dakota, USA. These dinosaurs would have died on the same day that the asteroid that caused their extinction hit the Earth. How can we know? We are sure?

Anna Alter: Bone diggers found a whole limb with skin, as well as a bunch of other fossils. The Tanis site in North Dakota in the US is incredibly rich in bones of all kinds. A mine that would have been a direct product of the apocalypse caused by the fall of a deadly meteorite, blamed for the disappearance of dinosaur bodies and possessions. It was at this location 66 million years ago, just minutes after impact, that a storm of glass hailstones reportedly crashed into a flooded river mouth along with giant waves caused by seismic waves. a company of other animals that grazed peacefully. Caught by surprise by the waves, animals and plants died under tons of sediment. Many were petrified on the spot. There are perfectly preserved examples today. Creatures killed and buried on the same day that a giant asteroid hit the Earth, paleontologists are still in shock, there are so many of them, fish inhaling debris falling from the sky, fossil turtles impaled on a wooden stake, the remains of small mammals, skin a horned triceratops, the embryo of a flying pterosaur in an egg, and even a fragment of a hot asteroid that crashed into our planet…

12 things you didn’t know about dinosaurs

What are the features of this site and why is it so interesting? What does this tell us about the animals that lived there?

Named Tanis in reference to the lost city of ancient Egypt, the Dakota site, discovered a few years ago on private ranch land, is neither too far nor too close to the crash site that killed the dinosaurs. what an interesting observation to make… The collision with a giant meteorite blew a hole in the earth’s crust 80 kilometers in diameter and 30 kilometers deep, throwing fragments into the air at full speed in all directions. Glass droplets less than a millimeter in size formed in the air. About a quarter of an hour later, torrential glassy rain fell relentlessly for at least three-quarters of an hour. A real flood, to which a tsunami was added, a riot of telescoping gave rise to waves capable of raising waves across the planet … Too close to the impact site, all living things were swept away, too far the consequences were felt too late. But in Tanis, which is located about 3,000 kilometers from the Gulf of Mexico, near the Yucatan, where a giant meteorite fell, the almost instantaneous death of animals and plants gives an idea of ​​u200bu200bthe fauna and flora of the region. era.

Could the discovery of this site help us better understand the extinction of the dinosaurs? Are there still unknowns about it?

Each exposed bone allows us to learn a little more about dinosaurs that remain unknown, about which we have something to learn. I wrote with Ronan Allen, the great French specialist, a children’s book that also shows parents and grandparents what future generations have to discover: “dinosaurs, what we don’t know yet”*. These legendary animals, who reigned as absolute masters on Earth, in the sea and in the air for more than one hundred and sixty million years, retain their mystery. Herbivores, carnivores, small, medium, giants, how did they live together when everyone was different? How did they reproduce? What if they were not cold-blooded, but lukewarm?

The paw found on Tanis allows us to take a small step in the knowledge of these large reptiles: the individual to which it belonged did not have smooth skin, it was very scaly, like that of lizards.

Anna Alter, Ronan Allen and Benoît Perrault published the book “Dinosaurs, What We Don’t Know Yet…” published by Le Pommier. 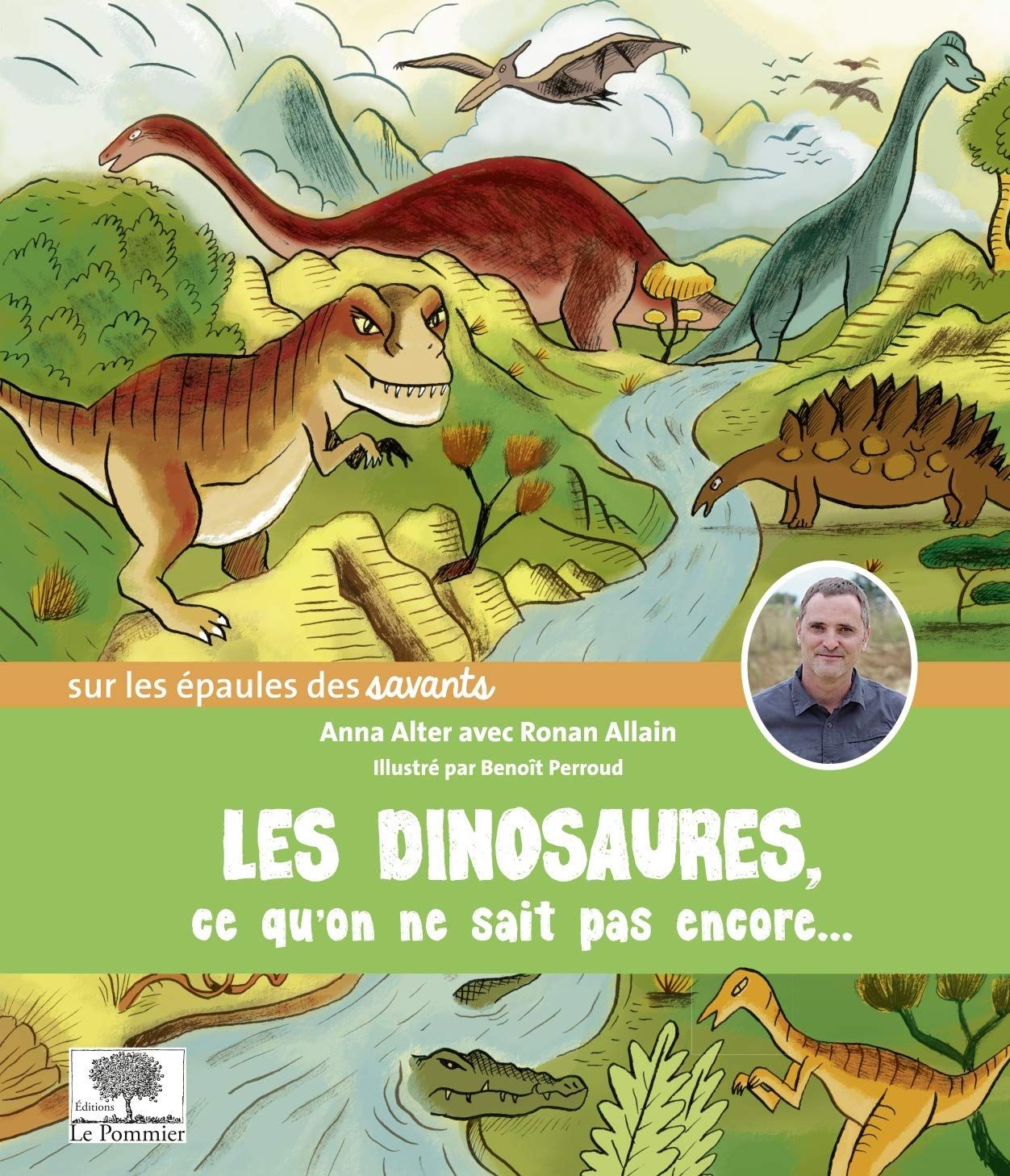