Reports on the state of global biodiversity follow one another and are very similar. 41 % amphibian species, 26 % mammals and 13 % of birds are now endangered. An international study has added the reptile situation to this catastrophic list for the first time. publication in NatureOn April 27, an overall assessment of the dangers faced by 10,196 species of reptiles shows that 1,829 of them, or 21 % are endangered. For this classification, fifty-two authors use the International Union for Conservation of Nature Red List categories (IUCN), adding endangered, endangered and vulnerable species.

Contrary to their expectations, the authors of this study explain, it is in forested areas, and not in deserts, that reptiles are most threatened. Prior to this, scientists had suspected that drylands were home to the greatest biodiversity of reptiles. However, this large census shows that more than half of the reptile species live in forested areas, knowing that only lizards and snakes represent 96 % species diversity of reptiles. Thus, in areas of tropical forests, especially in Southeast Asia and West Africa, the most endangered species are concentrated.

“ We did not expect such a large overlap between the distribution of endangered reptiles and birds, mammals and amphibians, especially in rainforest areas.up to The reporter Neil Cox, first co-author of the study and Director of Biodiversity AssessmentIUCN. This is good news, which means that many reptiles are already enjoying protection measures for other species. »

Half turtles and crocodiles in danger

Thus, this study confirms that the destruction of tropical forests is one of the main causes of biodiversity loss. Reptiles face the same risks as other wild animals: destruction of their habitat by farming, logging and urban development. The researchers also show their vulnerability in the island environment due to the presence of invasive species. Indeed, many endemic lizard species in the Pacific or Caribbean islands are threatened by exotic mammals.

“ Cats and rats are a major problem for reptiles on many islands, as is the marine iguana, a species unique to the Galapagos.details by Neil Cox. Another formidable predator is the mongoose, which was historically introduced to the Caribbean to combat rat damage to crops such as sugar cane. »

The situation is also worrisome for turtles and crocodiles, more than half of which are endangered. For them, the danger comes mainly from being caught for international trade or for local consumption. A third of the 351 species of turtles are endangered due to capture alone.

As for the effects of climate change, researchers remain cautious due to a lack of data. However, they list some identified effects that are common to many species, such as habitat loss due to climate and environmental transformation that accompanies it. But also others, more specific ones, such as the change in the proportion of males and females in species in which sexual determination is associated with temperature.

“ Many reptile species in drylands are sensitive to even limited habitat changes. Ongoing climate change will affect many of these species by changing the temperature window in which many reptiles can exist.adds Neil Cox. Our research has been limited to the current direct effects of climate change, but we strongly predict that many other dryland reptiles will be at risk. »

The authors also recall that since the end of their work, 1145 species of lizards have been discovered. This wealth is explained, in particular, by microendemism: individual species are found only on a few islets of the archipelago. Biodiversity, which suggests that many species are likely to become extinct before being discovered. 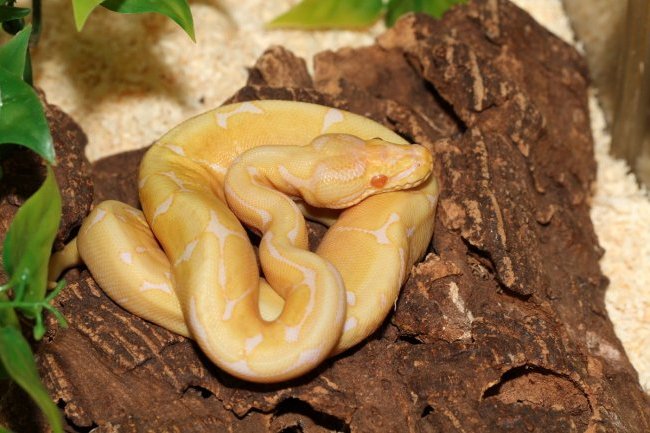