Analyzing the diet of black-armed spider monkeys (Ateles geoffroyi) in Panama, the researchers found that the palm fruits that these animals regularly eat contain small amounts of ethanol.

Specific ethanol metabolites were also found in urine samples from two spider monkeys, suggesting that alcohol is not just passing through their bodies, but is being absorbed and disposed of in some other way. 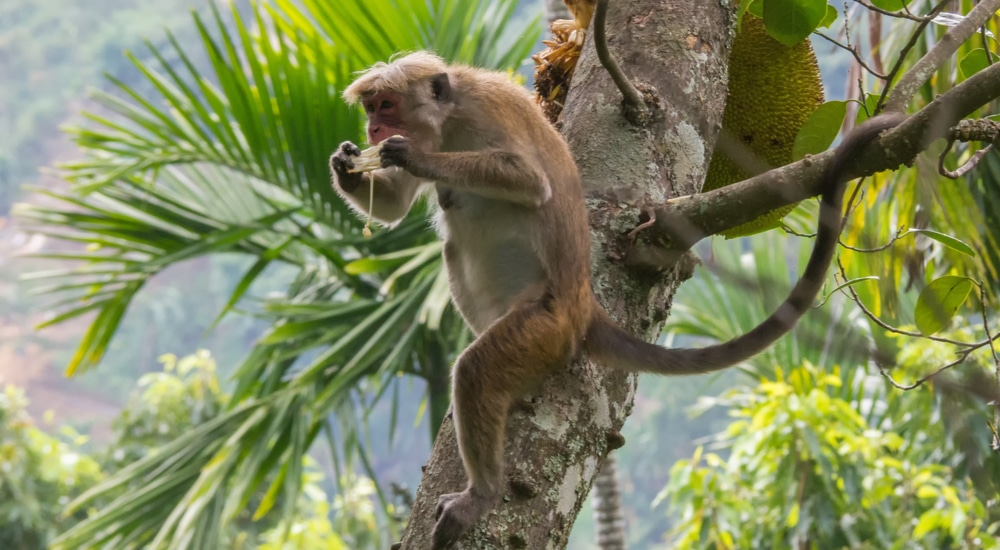 “For the first time, we have been able to show without a shadow of a doubt that wild primates consume fruits containing ethanol without human intervention,” said primatologist Christina Campbell of California State University, author of the study, published in Open Science of the Royal Society. “This is just a study and there is still a lot to be done, but it looks like there is some truth to this ‘drunken monkey’ hypothesis. »

The drunken monkey hypothesis was first proposed by UC Berkeley biologist Robert Dudley in 2000. He argues that the monkeys’ strong attraction to the smell and taste of ethanol is an evolutionary advantage that allows them to prey on ripe fruits by eating them first. other animals can get to them.

The appetite for alcohol found in our ancestors no longer benefits humans.

The same need for ethanol exists in our species, but without taking advantage of the nutritional benefits of the whole fruit. Instead, humans have learned to distill the elements, and the “once beneficial craving for alcohol” seen in our primate ancestors has now become a threat to our well-being.

This is an interesting idea, but so far the evidence for this hypothesis has been limited and mostly anecdotal. Wild chimpanzees (pantroglodytes), for example, have been caught eating fermented palm sap, and the sap has subsequently been found to have an ethanol concentration of nearly 7%. However, it is not known whether ethanol itself attracts chimpanzees to fruits.

The survey, conducted in Panama, is the first to directly measure primate fruit consumption with ethyl alcohol content. Captive spider monkeys have previously been shown to be sensitive to the smell of ripe ethanol-containing fruits, but this is the first study to show a predominant consumption of these fruits in the wild.

According to research, not only do spider monkeys eat a lot of ethanol-containing fruits, but they also seem to metabolize fermented sugars. “The monkeys probably consumed the calories from the fruit with the ethanol,” says Campbell. “They will get more calories from fermented fruits than from non-fermented ones. The more calories, the more energy.

A similar tendency may exist in humans. In fact, the fruit that the spider monkeys eat is the same fruit that the indigenous people of Central and South America use to make chicha, a fermented alcoholic drink.

When yeast feeds on sugar, it produces alcohol, presumably to fight off other competitors. The volatile compound then floats in the air, attracting animals like us to the juicy snack. The more fermented fruits we eat, the more energy we get and perhaps the more we “drink”.

However, in the case of the spider monkeys, Dudley suspects that the drinking is not great. The partially eaten fruit the researchers examined contained only one or two percent ethanol. “They probably don’t get drunk because their guts fill up before they get drunk,” says Dudley.

“But it provides physiological benefits. It is also possible that the food they eat has an antimicrobial effect, or the yeast and microbial activity may pre-digest the fruit.

Monkeys and humans share a gene for the ethanol enzyme

If alcohol has an evolutionary benefit, passed down over tens of millions of years from a common ancestor between us and modern primates, would it show up in the animal’s DNA? Scientists say yes. The genes encoding ethanol metabolism are predominant in mammals that feed on fruit and nectar. In fact, humans, chimpanzees, bonobos and gorillas share a common mutation in a gene that improves the ethanol enzyme by 40 times.

What benefits this gene ultimately gives animals remains to be explored, but access to additional calories likely gave them an evolutionary advantage in an environment where finding calories is more effort.

“Because positive selection in these genes coding for ethanol metabolism has been seen among mammalian species that are more likely to consume fruit and nectar, natural consumption of fermented carbohydrates is likely to be more common than “currently we don’t think so,” the authors conclude.