“Let’s destigmatize the scales”: this is the title of a new project led by the Association for the Protection of Nature in Rounnese (ARPN) with the support of the Department of the Loire. The approach includes two parts: on the one hand, the study of squamous species, reptiles such as lizards and snakes, according to a protocol called “PopReptile”, and on the other hand, raising awareness of the general public about “changing a bad image”. from these animals.

A few days ago, the ARPN team, led by its president, Emmanuel Morin, installed reptile identification device along the Loire river crossing the Roanne. But how does this system work? “First, we identified a zone close to dense vegetation, and then installed four corrugated asphalt slabs every 50 meters, which trap heat and serve as a refuge for lizards, slow worms, snakes, snakes …”, explains Patrice Oleinik, administrator of the association .

From March to October, during the period favorable for the movement of these animals, members of the association will make numerous visits, lifting plates to find possible plantings there. “Through this census, we will be able to observe the presence of scales, the evolution of their population, as well as possible intruders such as anthills or amphibians. We will fill out very detailed sheets which we will communicate to the Rhône-Alpes Herpetological Group,” adds the manager.

“For these young people, this is a unique opportunity to take part in this project, which will allow them to discover another aspect of nature conservation: two feet in boots and two hands in nature.”

This operation has another goal: to protect these squamates, to inform and draw public attention to the slogan: “Instead of fighting snakes, let’s do it in their bad light.”

To raise awareness of the various species and their habitats, ARPN is accompanied by eight young volunteers (aged 16 to 25) engaged in civil service at the Unis-cité in Roanne for eight months. “For these young people, this is a unique opportunity to take part in this project, which will allow them to discover another aspect of nature protection: two feet in boots and two hands in nature,” concludes Camille Lefort, team coordinator and guide for the squamation project. 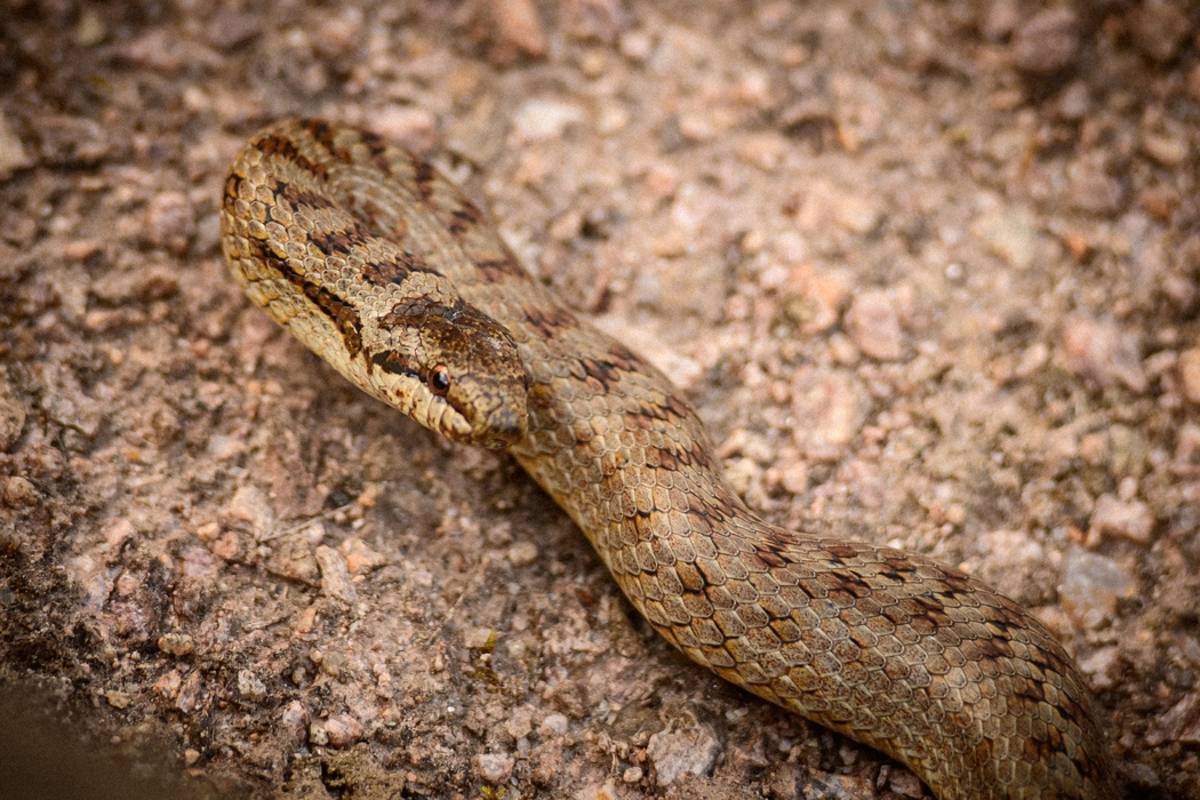 Scaly, scaly reptiles, refers to a huge number of reptiles, including all lizards, snakes, snakes and amphibians. In the Rhone-Alpes region we find the majority of snakes in France (about ten species). They hide in dark places near houses, under heaps of leaves, compost, under heaps of firewood… They feed on carnivorous reptiles, small mammals, birds, insects. Lizards enjoy flies, ants and small clams.

Difference between viper and snake

We can tell a viper from a snake by the fact that the viper has a vertical slit-like pupil (like a cat), while the snake, in turn, has a round pupil. Snakes, venomous or not, tend to run away from humans.

The Rouannaz Nature Conservation Association specifies that there are only four different species of vipers in France, “three of which are too small to inflict a dangerous bite on humans and live in very specific areas of France. The fourth and most common, the viper snake, is indeed poisonous, but its numbers in our country are very noticeable. An endangered and protected species resembles ARPN.