The young jockey from Moise experienced a meteoric rise in the field of horse racing.

A native of St. Moise, Samuel Fillion, known for his success as a professional jockey, decided to settle in Ontario to take a full-time job. The young 24-year-old prodigy graciously agreed to speak to a local newspaper in between his many racing and training trips.

The rising star among professional jockeys made his debut at Price’s tracks in La Mitis, where he ran his first races at the regional track. “My father bought me my first horse when I was 15, I wouldn’t say it was innate because at first I was afraid of horses,” he admits.

According to the young Moisien, the intensity of the rivalry began around the age of 18, when he discovered in himself an unexpected ability to manage horses, in particular in harness racing, which was his trademark. “Horses have so much heart when you are behind your horse, the adrenaline it gives you before and during the race is just an incredible feeling,” continues the jockey. Note that Samuel specializes in sled racing, also called sled racing, in which a horse pulls a small cart piloted by a driver.

Samuel Fillion’s dazzling progress brought him to the professional level at the age of just 22, where he won several titles, notably on the tracks of the Hippodrome de Trois-Rivières. After a few months of balancing work and racing, Samuel took the plunge by moving to Toronto just before the holidays to focus more on his work.

Constantly moving from one racetrack to another, from one stable to another, to train the best horses in the country, Samuel has a rather busy schedule. “In the morning I go to the stable at 7 am to train the horses, after that I have a siesta in the afternoon because I am not 20 anymore. [rire] and in the evening I run,” explains the young athlete, telling us about his daily life in Ontario.

With 1,286 career pro races and $933,000 in revenue from 187 wins, Samuel Fillion is far from done. The summer is shaping up to be a promising one for jockey Matapédien as he is set to triple the number of racers over the next few months. As he gains more and more fame in the field, the talented jockey multiplies contracts to pilot the most prestigious mounts in North America. “People hire me to train their animals and race them,” he says.

More often than not, Samuel Fillion only has a few minutes to tame an animal before starting the race. “Basically, you have to love horses. You also need to have a calm temperament. A race often has 8 to 10 riders on the track with our horses. You have to be strategic and smart,” he explains, revealing the qualities of a good jockey. “But you also have to be good at identifying the animal, every horse has its own personality, its own spirit,” adds the rider. 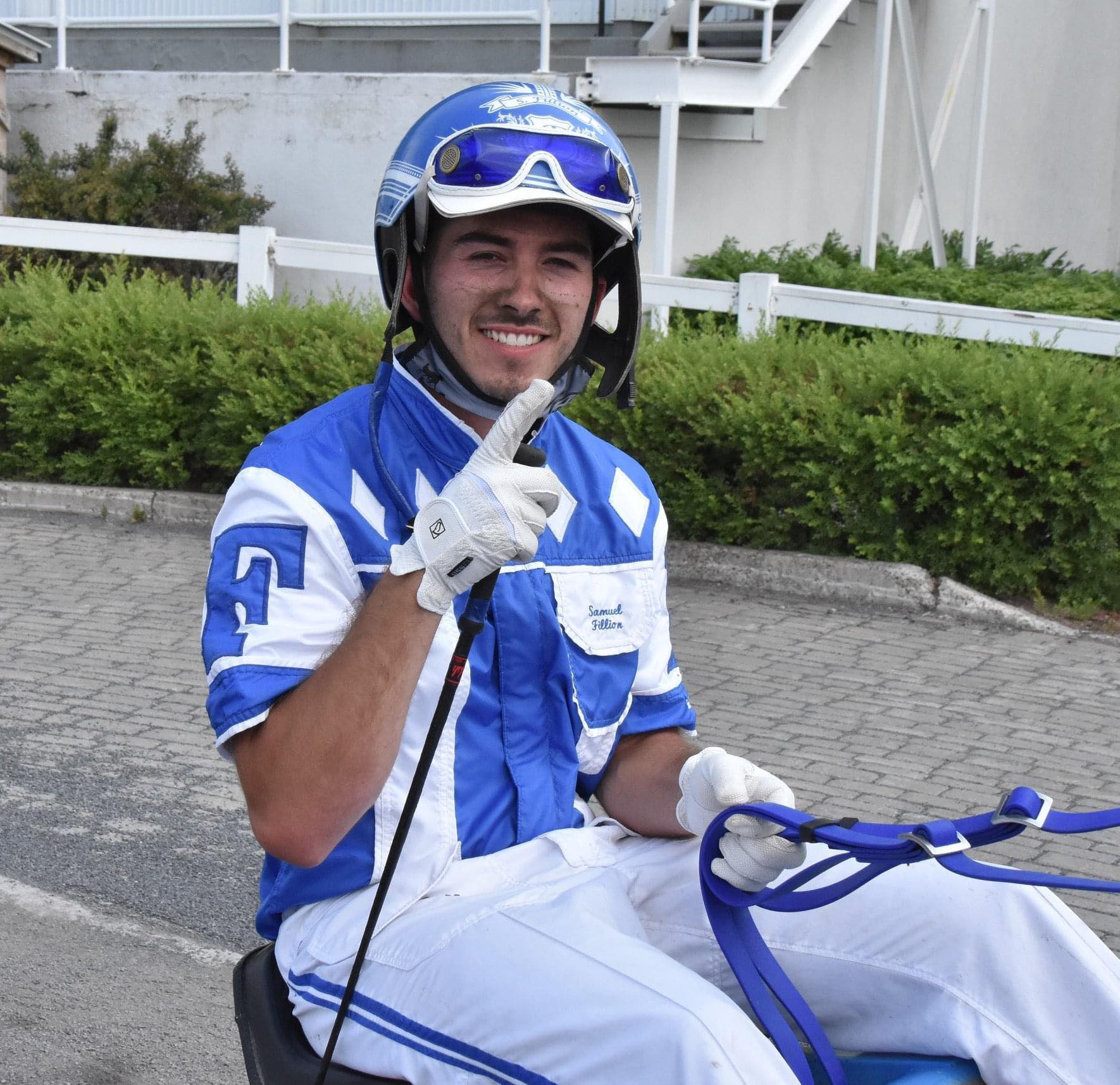 “It’s hard work, but when people see you win races, it’s easier to win their trust and get contracts,” he concludes, inviting the public to go and support the region’s jockeys this summer during races scheduled for July 24 and August 6 in Mont- Joly.