In a recent tirade, Vladimir Putin likened Ukrainians to mosquitoes that need to be spit out to cleanse society. Professor of Social Psychology at the University of Grenoble-Alpes, Director of the House of Human Sciences-Alpes (MSH-Alpes), author of the book Encounter with Animals. Our emotions, our prejudices, our ambivalence (Odile Jacob, 2022), Laurent Beg-Shankland revolts on The Conversation against the rhetoric of dehumanization and animalization that the Russian president has chosen to resort to. 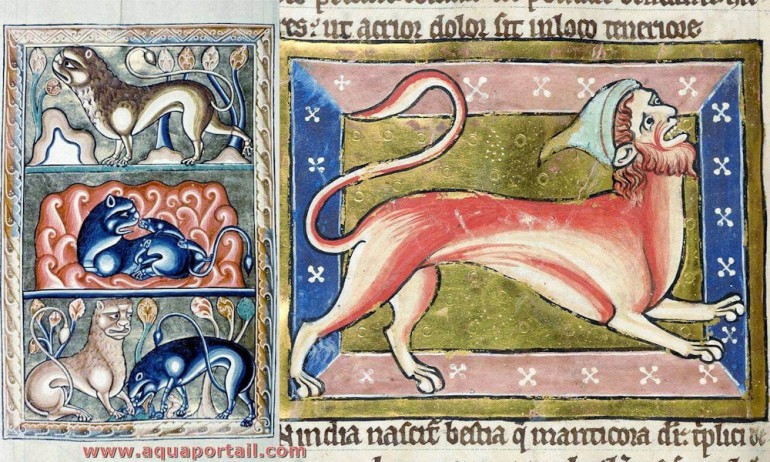 Bestiary of the Middle Ages

“Any people, and especially the Russian people, are able to distinguish true patriots from scum and traitors and spit out the latter, like a midge that has sat in their mouth. I am convinced that this natural and necessary cleansing of society will only strengthen our country.”

Vladimir Putin’s speech on March 16 had a somewhat soothing tone. One could catch the unsettling echo of the Stalinist discourse of the 1930s, which compared those whom the regime decided to persecute to reptiles and mad dogs. In Putin’s recent diatribe, the appeal to the midges is intended to contemptuously minimize the threat posed by the enemy by stripping them of all dignity.
Putin’s speech is alarming because human history shows that the bestializing register is a rhetorical bass continuo of mass murder and genocide. IN Race and historya few years after the end of the Second World War, Claude Lévi-Strauss recalled that the past of mankind is replete with gloomy examples, showing that to designate “others” in a way that humiliates them, all “bird names” were called: louse egg, monkey, dog, a pig, a rat, a parasite, an insect… The very origin of the word barbarian in French refers to the chirping of birds as opposed to the signifying value of human language.

From the Greek and Roman worlds, which already revived the subordinate categories, to the genocides of the 20th century, which illustrated it on a terrifying scale, this logic is sharpened during periods of conflict between groups. Historian Eric Baratay notes: “The struggle between pagans and Christians in the Roman Empire, between Christians and heretics in the 12th century, sorcerers in the 15th-16th centuries, etc. During the Renaissance, this process took on a new dimension thanks to the printing press, which added to the oral discourse of books and engravings. The 19th century was also a moment of climax due to intense political, nationalist and social tensions, as well as the emergence of mass media tools (newspapers, posters, etc.) unmatched until then. »

Dehumanize the group by bringing it to life

Animalization (or zoophilization) involves the rejection of the humanity of an individual or group by assigning to them traits associated with animals. Racist discourse often uses this rhetoric. This is shown in a series of studies by a Northwestern University researcher in which volunteers were asked to assign each group a “degree of evolution” (from ape to human) by hovering over a line to express their judgment.
In a study that applied this method to Americans, participants rated immigrants from South Korea, China, and Mexico as less “advanced.” The more the participants dehumanized the Arabs, the more they resisted their admission to their country or endured their suffering from gross professional or police injustice or even torture. In another study, American participants who were informed during an experiment that Arabs viewed their compatriots as less developed then tended to respond with a more negative view of the latter.
One of the purposes of history, according to Eric Baraté, is to show the extent to which recourse to bestializing ideas is reduced when tensions between groups are reduced. In France, this happened – in the second half of the 20th century, when nationalism and anti-Semitism began to wane after peaking in the first half.
But dehumanization does not disappear, but continues to fluctuate depending on national circumstances. Thus, after the terrorist attack in the United States (an explosion that killed three people and injured 140 in 2013 during the Boston Marathon), the dehumanization of the Arabs intensified there, even if the perpetrators were Chechens. Conversely, when groups of foreign origin are involved in constructive interaction, dehumanization towards them is reduced.
Could the treatment of a person or group of animals also contribute to harmful behavior? This idea was formulated by the philosopher Theodor Adorno, the theorist of the psychological foundations of fascism, who in Minima Moralia believed that “the repeated assertion that savages, blacks, Japanese resemble animals or monkeys already contains the key to the pogrom.” .

Research conducted at Stanford University confirmed this conjecture. Participants were recruited to form teams of three “leaders” whose role was to oversee collective decision making. They heard a verbal altercation between members of the study group in another room. At the end of each decision sequence, when an error was discovered (in fact, the errors were pre-planned by the researchers, there was no team decision-making, but there were records that made it possible to believe), the “guards” had to conduct an electric shock of increasing intensity of all members of the group after unsatisfactory performance.
While tuning in to the study, the “leaders” overheard an intercom between an assistant and a researcher: the assistant either said that the members of this group seemed “filled with humanity”, or, conversely, that they were a team of “animals”. In the final (neutral) state, no judgment was made about the group.
The results were consistent with Adorno’s hypothesis: over the course of the sessions, participants designated as “animals” were subjected to increasingly severe shocks, while those who were described favorably received the most severe shocks. being in the middle.
Thus, animalization of humans is akin to changing their moral value and can contribute to the commission of violent or disrespectful treatment, which usually falls into the moral subcategory that animals still form in ordinary thinking. The existence of a boundary between humanity and the animal kingdom thus turns against humanity itself, which relegates it to groups that it represses.