“Why do biologists seek to recreate the genomes of ancestors? Because they evolve over time. Genes are broken, combined, reordered. Chromosomes can merge, split, turn over. And our method makes it possible to reveal all these rearrangements over several hundred million years.“explains, as an introduction, Mathieu Maffuto, a bioinformatician who is now at the Wellcome Sanger Institute in Hickston, England. His work began about ten years ago, and today the result is a paper, still in preparation for publication, which presents genomic reconstruction of hundreds of species that are now extinct Huge database available on the Internet that will allow other scientists to work in more detail on an animal or plant to try to understand the causes of these chromosomal rearrangements.

All present forms of Life are descended from the ancestors of the species themselves from the older species. A long chain of transmission that, if traced, leads us to our last common ancestor, Luca, who lived 3.8 billion years ago. A leap in time that the algorithm developed by Mathieu Maffuto is not able to overcome today, but which already allows us to visualize the genetic heritage of ancestors who lived hundreds of millions of years ago. To plunge into the past in this way, “the algorithm basically does three things: it compares the genome of neighboring species, identifies common genes, and combines them to build a chromosome profile of their common ancestor.“, – explains the researcher. The more data he has to put in his mouth (i.e. species for comparison) and the more he grinds to return to the distant past and show complete karyotypes. The process stops when there is no longer enough material to work with Even better: no need for a supercomputer or a lot of time to get the results. Hundreds of species of chromosomes can be reconstructed in a few hours.

Through this technique, the researchers present reconstructions of 624 ancestral genomes of vertebrates, plants, fungi, metazoans and protozoa, of which 183 are almost complete chromosomal reconstructions. Some of them have already been studied; the results obtained here confirm the results of previous studies, but, in addition, they are more accurate and complete. Thus, it was possible to rewind the thread of evolution and find a 45-million-year-old ape ancestor, a 50-million-year-old grass ancestor, or a 102-million-year-old placental mammal ancestor. “We have also done a lot of work on vertebrates and on the origin of this group, which goes back hundreds of millions of years. This allowed us to understand the fundamental changes that had taken place that led to the appearance of the spine and skeleton. On a scale of about 50 million years, we have gone from one chromosome community in invertebrates to four in vertebrates. There was also a massive episode of rearrangement of these chromosomes that led to a common ancestor. The latter then evolved into the thousands of species known to us.“, explains the scientist.

Data to be multiplied

Such studies have become possible due to the increase in the number of publications in the scientific literature. Since 1977 and the sequencing of the phiX174 phage genome and these 11 genes, DNA analysis technologies have made tremendous progress, and today sequencing an animal or plant with its tens of thousands of genes does not take only a few hours. And the amount of data available will only increase in the coming years, making it possible to explore these ancestral genomes further and with even greater urgency. Mathieu Maffuto is currently working on the Darwin Tree of Life project, which aims to sequence all eukaryotes (from protozoa to animals) found in England and Ireland, i.e. about 70,000 species. The latter is itself integrated into the Earth BioGenome Project, which aims to do the same job with all terrestrial species! “A work that will take several decades, but which will provide a huge amount of data that will further enrich what we can integrate into the algorithm for even more extensive results.‘ rejoices Mathieu Maffuto.

They will allow species to be better placed on the evolutionary tree, which is especially difficult for organisms such as yeast, bacteria, or even insects. Another challenge: to take a step forward in the knowledge of creatures of the past, no longer content only with the reconstruction of chromosomes, but by focusing on the proteins encoded by their genes. And all of a sudden to have a ancestral proteome that would allow us to get an idea of ​​the abilities or functions that they could be endowed with. With the same set of limitations, as there will always be a lack of information on how these proteins are expressed and regulated.

How to bring extinct species back to life?

Because, after all, chromosomes only make up about 1% of the genome, and the rest is made up of non-coding DNA. Thus, most of the genetic heritage does not correspond to protein-coding genes, but to DNA, whose biological function is poorly understood, even if it seems important for the organization and maintenance of the genome. “The problem is that it develops much more freely than the others. Therefore, it is impossible to go back very far in time if we want to completely reconstruct the genome.“, – emphasizes Matthieu Maffuto. In other words, we are not going to see a dinosaur treading the prairies of Normandy or anywhere else. 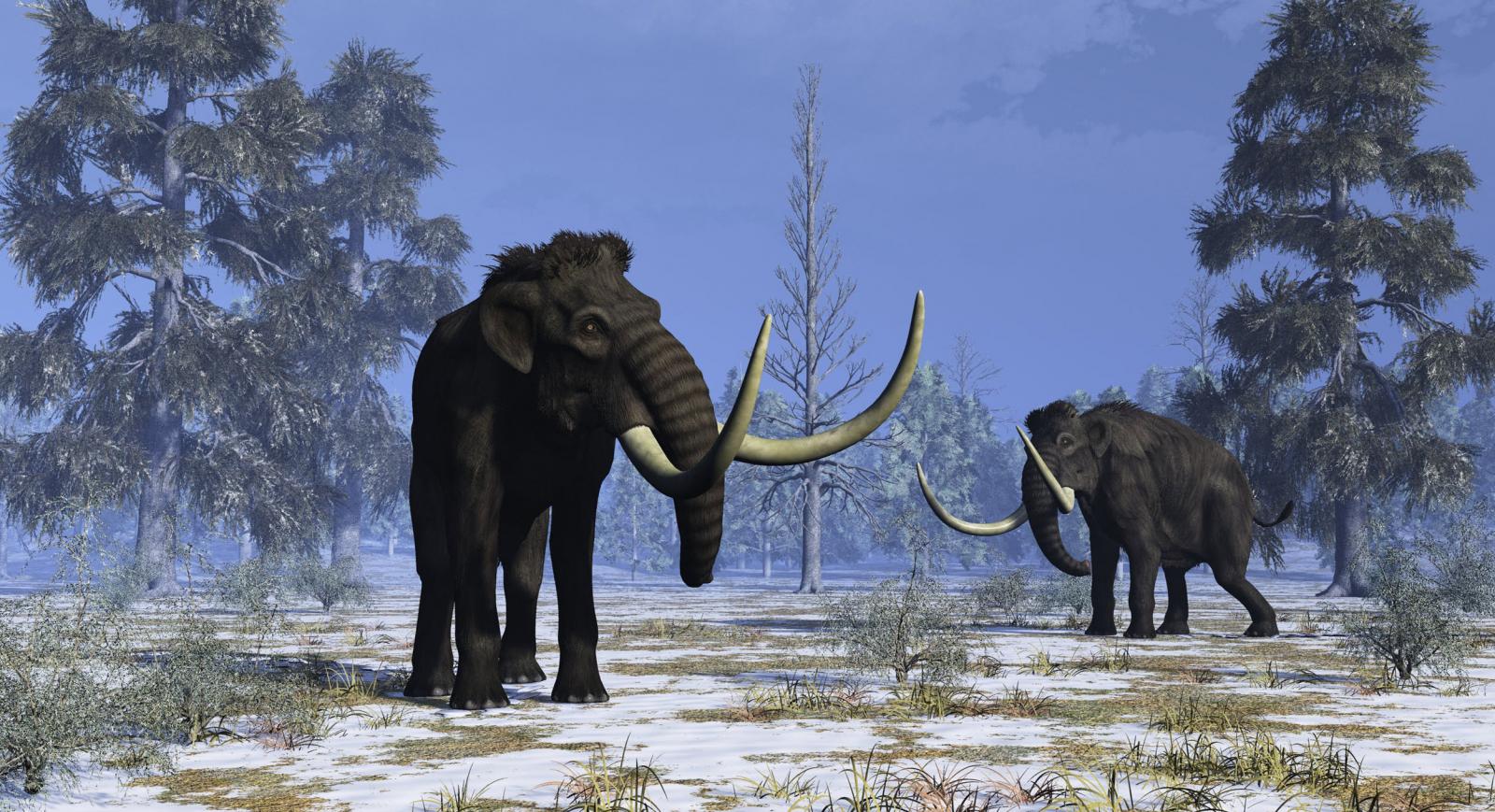 Because one of the issues that supports this type of work is related to “extinction,” that controversial field of biology that aims to resuscitate extinct species. While the idea of ​​a dinosaur resurgence definitely sounds like science fiction, it can be plausible for recently extinct species like the woolly mammoth, the dodo, or the saber-toothed tiger. “If you remember, in the first Jurassic Park, researchers obtained dinosaur DNA from mosquitoes preserved in amber. And in this DNA there are holes that they fill in the DNA of a frog, which is impossible in reality. But for recently extinct species for which genetic material has indeed been obtained, there are also holes in it. To fill them, you can compare with similar species, but in fact it is more correct to use the DNA of the nearest ancestor. Thus, the use of hereditary genomes is an area to explore in this type of research.the researcher concludes.